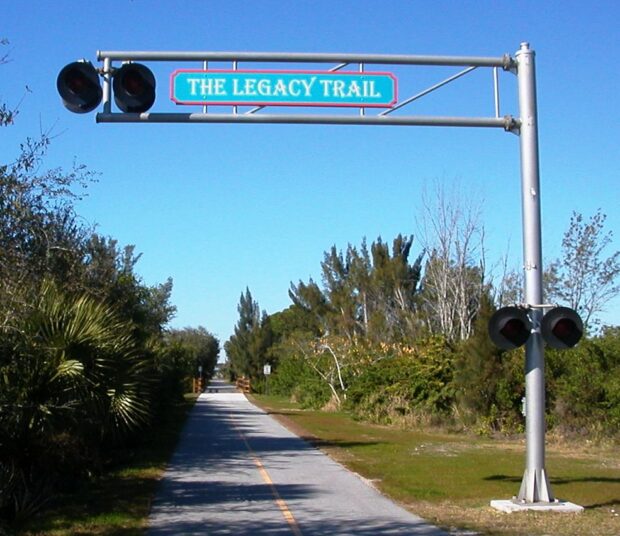 Work is set to begin next week to transform Ringling Boulevard in downtown Sarasota into a “complete street” that can be safely utilized by all modes of travel, the City of Sarasota has announced.

The Ringling Trail project will add protected bicycle lanes to the street between Pineapple and Lime avenues in downtown Sarasota, a city news release points out. The number of lanes will be reduced from four to two.

A staff document provided to the City Commission in February 2021 said the bike lanes would be 7 feet wide and one-way. “On-street parallel parking will be relocated between the vehicle travel lane and the bike lane,” the document added.

The Ringling Trail will enhance connectivity from The Legacy Trail to the downtown core, “making the road safer for recreational cyclists and commuters,” the city news release adds. The Ringling Trail also will create “a more visitor-friendly experience that translates to economic growth for downtown businesses,” the release notes.

A city staff document provided to the city commissioners in February  2021 also pointed out that the complete street would allow residents from the Gardens of Ringling Park, Alta Vista, Laurel park and downtown to use bicycles to gain easy access to other city neighborhoods.