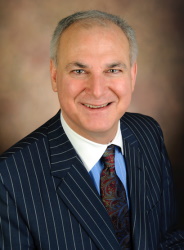 prices have surged in the last few months, while the Labor Department’s August inflation report showed that meat, poultry, fish, and eggs were up 8 percent over the past year. Beef prices also jumped 12.2 percent. The Consumer Price Index has increased by 5.3 percent. The U.S. is reporting its highest inflation in 13 years. Why?

The right balance between supply and demand, incentives to work and produce, and free market principles all play a critical role in determining inflation and the overall economic well-being of a country. Demand is simply far exceeding supply, which is driving up prices, decreasing product availability, and de-motivating the labor force to re-enter the job market. Government, as usual, has been the primary provocateur in the economic dysfunction. Less than one year ago, former President Trump signed a $900 billion Covid relief bill into law (in addition to the $2.6 trillion CARES package passed in March of last year). President Biden signed a $1.9 trillion package into law in February and is promoting the expenditure of an additional $5 trillion currently. This drunken spending binge has already cost $5.4 trillion in a 12-month period with another $5 trillion on deck. Remember, these amounts are in addition to the ongoing profligate federal government spending already in place. In 2019, a pre-pandemic year, government spending was already $7.3 trillion. The current U.S. debt exceeds $28 trillion, which equates to over $80,000 U.S. dollars per capita. Get the point? The political class are on a wild spending frenzy and their actions are now causing serious trouble for hard working Americans.

But it gets worse. While team Biden is pouring trillions of dollars into cradle to grave social programs greatly pumping up the demand side, they are also scheming to increase their confiscatory haul from corporations significantly reducing the supply side. Biden’s proposed tax increase would raise the top corporate rate from 21% to 26.5%. Add state and local corporate levies and the 31% average rate places the U.S. back to the highest in the developed world. And many small businesses pay taxes through the individual code so these economic engines will be especially hard hit by the significant personal income tax hike which kicks in at higher income levels. Not surprisingly, according to Chief Executive’s CEO Briefing, CEO optimism dropped to a 12-month low in August. Producers will not produce if the fruits of their labor are devoured and confiscated.

Meanwhile, the government spending palooza has further disincentivized workers from quickly returning to the labor force leading to additional supply chain problems. The most recent labor participation rate of 61.6 percent is well below pre-pandemic levels. Fewer workers are motivated to return to the workforce. Incentives matter. The National Federation of Independent Business says 50% of firms could not fill their job openings in August. A recent Chamber of Commerce survey found that 90.5% of companies said a lack of available workers was slowing the economy in their area. Demand is far outstripping supply provoking inflationary pressures and bottlenecks in the supply chain. Can someone please take out a chalk board in the White House and explain Econ 101 to the Keynesian sages in the building?

The impact of inflation on American families is also taking a toll. For households earning the U.S. median income of about $70,000, the current inflation rate has forced them to spend another $175 a month on food, fuel and housing, according to Mark Zandi, chief economist at Moody’s Analytics. Despite wage growth, “real wages” – a measure of income after accounting for the cost of goods and services people buy – fell almost 2% on average in the month of June compared with 2020 according to CNBC. Biden’s shutting down of U.S. pipelines while encouraging the building of Russian pipelines to Europe and begging the Saudis to increase production has left America reliant on foreign sources and driven up energy costs.

The American people are catching on as they watch their earnings dwindle. President Biden’s approval rating now stands at just 38% with disapproval at 53% in a Quinnipiac University survey released last week. Only 39% approve of Biden’s handling of the economy. A Morning Consult/Politico poll found that 59% of registered voters hold Biden ‘s economic policies responsible for the 13-year high in inflation in the U.S. Biden’s damaging fiscal approach to governance can best be summed up by former President Reagan’s assessment of the federal behemoth, “Government’s view of the economy could best be summed up by a few short phrases: If it moves, tax it. If it keeps moving, regulate it. And if it stops moving, subsidize it.”